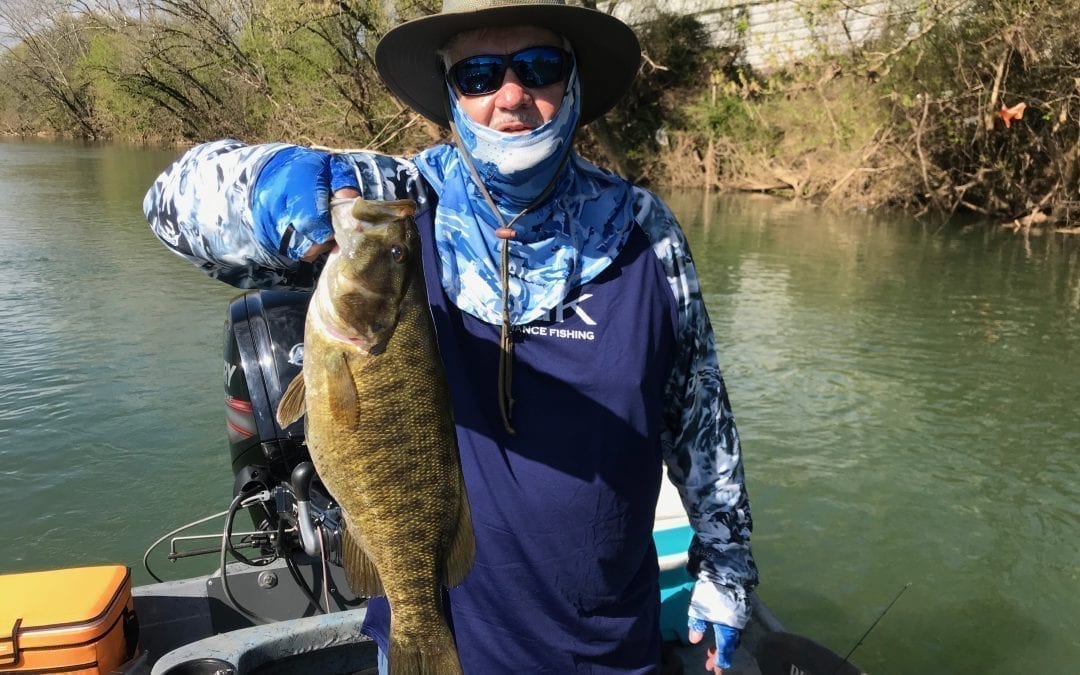 My buddy Greg from Knoxville joined me on this beautiful spring day to fish for those prespawn Little Pigeon River smallies. The winds were light with mostly sunny skies and a high around 70. The Little Pigeon was gin clear and from all indications the smallmouth spawning run has begun. The water temperature in the Little Pigeon was as high as 67 last week with the unseasonably warm weather, but it had dropped back into the high fifties with this recent shot of cool weather. The first three hours of fishing were extremely slow and then it began to pick up in the mid-afternoon. The bite continued right up until dusk. We ended up with twenty-seven smallies by the time the sun had set with the majority of the fish in the range of sixteen to eighteen inches. The picture that is included in this report is of Greg holding one of those nice eighteen fish. April and into early May is prime time for the prespawn run. If the weather and water conditions cooperate the fishing should only continue to improve over the next several weeks.