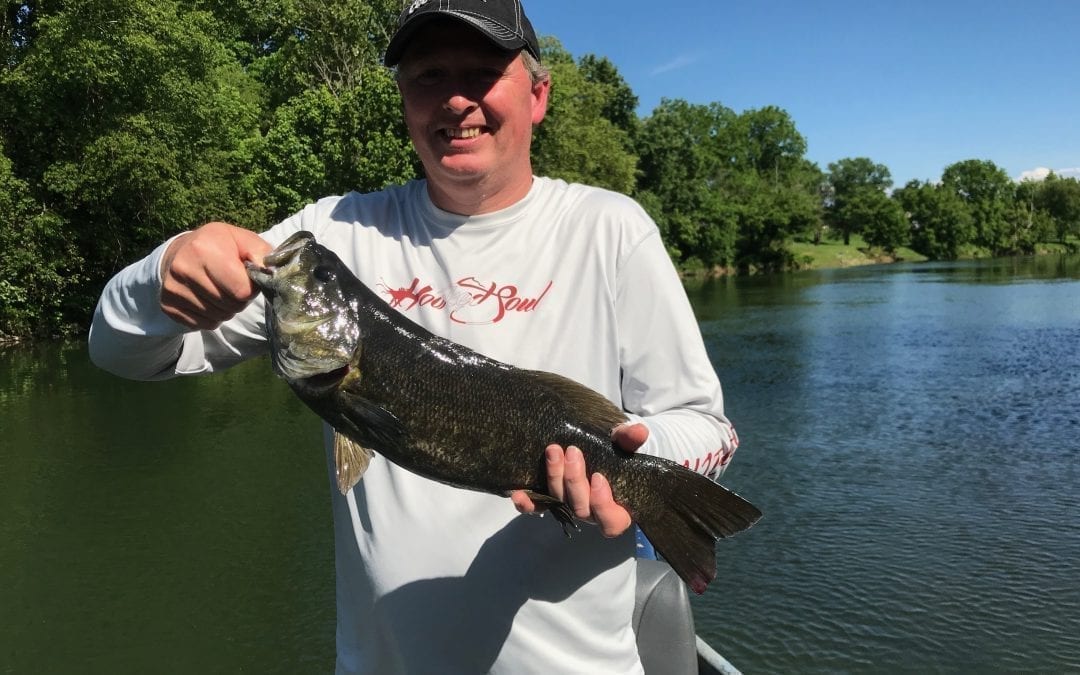 I had the pleasure of guiding Jim, James, and Jennifer ( The Three J’s) from the state of New York. They were in the area on vacation and wanted to try their hand at some river smallie fishing here beautiful East Tennessee. Jennifer (Mom) did some nature photography from the boat while Jim (Dad) and James (Son) fished for some of those post spawn French Broad river smallies that continued to linger in the waters of the Little Pigoen River. Douglas Dam was releasing water at two generators or more which allowed us to gain access to some of the water I like to fish further upstream on the Little Pigeon. The Little Pigeon was running low and extremely clear. So low and clear in fact that Jim and James were able to do some sight fishing. There were still some really some good-sized French Broad River smallies in the areas they fished on the Little Pigeon. Several of them were in the seventeen to nineteen inch range. They were also able to scratch out a few nice fish on the French Broad as well. Jim came in with the big fish of the day that was 19 3/4 in. long. A picture of Jim with his big smallie is included in this report. I had a great time guiding and getting to know “The Three J’s. You don’t find any better people to have in the boat. I was happy that they had the opportunity to get e taste of what these East Tennessee river fisheries have to offer when it comes to catching big smallmouth bass.